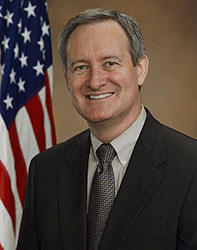 Contact Senator Mike Crapo (R-ID)
Michael Dean Crapo is an American politician serving as the senior United States senator from Idaho, a seat he was first elected to in 1998. A Republican, he previously served as the U.S. Representative for Idaho's 2nd congressional district from 1993 to 1999.